**Zander’s POV. Readers must be 18 or older. To understand, Angel of Darkness is available to buy on Amazon.**

This is copyrighted material and is property of Tyler May. No parts can be reproduced.

It was late. The sun was moving closer to its morning rise. I could only be there for a little over an hour before I had to take shelter for the sun’s killing rays. Typically, I don’t despise being a vampire, but tonight it was going to be one of my worse enemies. Again, it would keep me from the soul I loved. Surprisingly, Billy drove silently. I’m sure he knew. Usually, I’m posed and stern, but tonight I lost the vampire I was built to be for the human I once was.

“Thank you,” I said, turning toward Billy. “For taking me.”

Billy laughed. “I don’t get it. That kid was ten, maybe. You can’t tell me you’re in love with him.”

“Not him. You wouldn’t understand.”

Billy and I had met a few months ago. His cocky attitude was what drew me to him. I knew we would have the sexual chemistry I craved. For the most part, I was right. I liked a man that would submit after a struggle. Billy offered that. Everything with any sexual partners I have since Thomas, I made sure that it was purely sexual, raw even downright dirty. Thomas was the only one that could satisfy my mind and body. No one else could come close.

“Hello! Are you going to tell me?” he mocked.

“That boy is the reincarnated soul of my partner.”

Billy chuckled, mockingly. I gripped his knee and squeezed. “Okay.” He pushed my hand aside. “I mean, come on. You have to realize how absurd that sounds.”

“You can believe that. I was told he would return to me.”

“Some psychic tell you that? I would ask for your money back.”

“You don’t want to anger me any more tonight. My wife killed him. She turned me after that.”

“Hmm, your wife is your maker? This makes no sense.”

“My wife was my enemy, and I killed her.”

“You ask why after mocking me?” I huffed. “She killed Thomas and….” I wouldn’t dare tell him she blinded me. He was already questioning me and my sense tonight. “And many others.”

“So you honestly believe that this ten-year-old boy is your dead partner. Even if that’s true, it’s fucking gross.” Billy said as he stopped the car in the parking lot adjacent to the emergency room. I growled and turned to him, pulling his shirt around his neck. “I’m sorry, but it’s true.”

“You asshole. I will not touch the boy, and I’m not in love with him. His soul belongs to me, destined for me. I will wait for the boy to age. He must be of a certain age. I want him perfect.”

“You don’t want the boy now, but later? I’m so confused.”

“Our time will come.”

“Whatever you say. Right now, you’re sounding as crazy as the man wearing his underpants as a hat over there. But we’re here. I’ll stay in the car. I have no interest in finding out any more about this reincarnated soul.”

Billy reacted the way any human would. The supernatural, or anything that required belief, was hard for a normal being to comprehend. The range of view was the only things most humans would believe. They believed what they could see. I didn’t have that luxury. Even for a vampire, I carried the belief that true love never dies. He was proof of that, and I would wait as long as took to ensure that our eternity together would come. For now, my only job was to make sure that he stayed healthy and protected until the chosen time for our reunion. That would be many years from now.

Finding his room was easy. The blood I had given him would bond us and make him easily traceable. They worked on him, yelling stats into the air. The EMT workers were still in the room. I recognized the voices. It was then; I heard the flat line.

“He has no pulse. He flatlined,” the nurse screamed out. I waited for what felt like forever, listening to them try to bring him back. I knew I had to act fast. I broke the skin on wrist once again. I walked in the room. They yelled for me to leave, even threatening to get security. It had been awhile since I charmed anyone. My eyes were broken so the charm never took for a long time. My charm merely lasted only seconds, but it would give me enough of a window to drop the blood into his mouth again being Thomas back. That’s what I did without a thought. Moments later, they all were questioning. The charmed made them lose the moments they were under.

“Well, he’s alive.” The ER doctor was stunned that he had survived. “He has no cuts, no burns, not even a scratch. It’s a miracle.”

“Is he here?” The youthful voice was heard above all.

“My angel−he saved me. He gave me his blood.”

The doctored laughed, “Go back to sleep, Christian. You’re dreaming a dark dream.”

I waited for everyone to leave the room. He was sound asleep. I could sense his peace, but most of all I could sense Thomas… Christian.

“Christian. What a lovely name. It’s fitting for you Thomas. One hundred plus years…. you’re finally mine again.” I moved closer but never touched. “Sleep, my boy, our day is coming soon.” 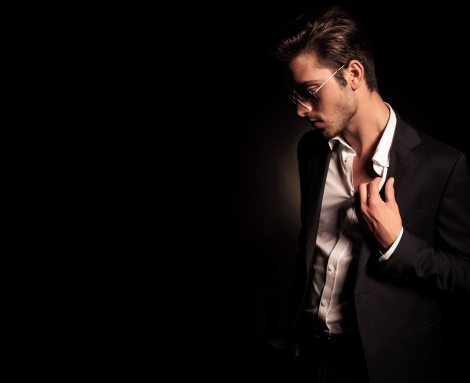